ADDING STEPS CAN ADD YEARS TO YOUR LIFE AS YOU AGE: NEW RESEARCH 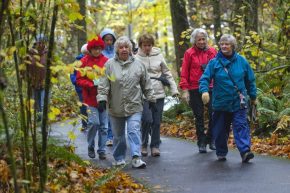 To understand how many steps per day are associated with decreased mortality, researchers from Brigham and Women’s Hospital completed the study.

Most women who died had steps per day that were less than 2700 per day.

But women who had 4400 steps per day had a 41 per cent reduction in mortality.

Decline in mortality levelled off at 7500 steps per day.

You can read about the study in JAMA Internal Medicine. (ABC)