At the time of her death, it was believed that legendary soul singer Aretha Franklin died with out a will. 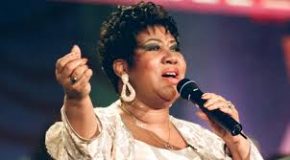 However, a lawyer now says three handwritten wills have been found in Franklin’s suburban Detroit home including one that was discovered under cushions in the living room.

The most recent will is dated March 2014 and appears to give the singer’s assets to family members. However, the four pages have words scratched out and phrases in the margins.

Franklin died last August of pancreatic cancer at the age of 76.