DOCTORS LOOK FOR DECISION TO FAVOUR THEIR MORAL AND RELIGIOUS BELIEFS

A ruling is expected Wednesday from Ontario’s highest court on whether doctors in the province are obligated to give referrals for medical services that clash with their moral or religious beliefs.

Lawyers for a group of doctors have asked the Court of Appeal to overturn a divisional court decision that upheld the referral requirement. 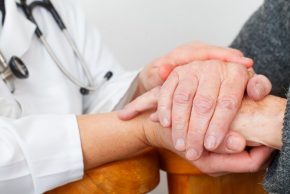 The requirement is part of a policy issued by the College of Physicians and Surgeons of Ontario to address issues surrounding, among other areas, assisted dying and abortion.

Last year, the divisional court found that while the policy does infringe on doctors’ religious freedom, the benefits to the public outweigh the cost to physicians.

The court said doctors can ask their staff to provide a referral to another doctor who can provide the service, or choose to specialize in a type of medicine where these issues are less frequent.

In its appeal, the group of five doctors and three professional organizations argued the ruling was unreasonable because it gave more weight to an assumed problem with access to health care than to a real infringement of doctors’ rights.