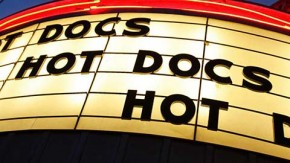 It also took a 5 thousand dollar special jury prize for its look at a survivor of clergy sexual abuse who takes on the Catholic church in an Ontario court.

Claudia Sparrow’s “Maxima,” about an Indigenous Peruvian farmer in a land dispute with a mining operation, landed the Hot Docs Audience Award for a feature film.