A 17th century Geneva Bible, which was one of hundreds of rare books stolen from a Pittsburgh library, has been found in Holland. 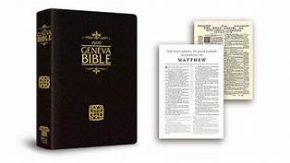 This particular Geneva Bible was published in 1615 and was traced to the American Pilgrim Museum in Leiden, about 70 kilometres outside Amsterdam.

The bible was among more than 300 rare books, maps, plate books and atlases that went missing from the Carnegie Library of Pittsburgh last year. A former library archivist and a rare book dealer are accused of stealing the treasures which are valued at more than $8 million.

This missing edition of the Bible was published in London, four years after the first King James version was first published and is similar to a Bible known to have been brought to the U.S. by the pilgrims in 1620.

It is being returned to the Pittsburgh library