Your phone was likely going off through the late afternoon on Thursday for an Amber Alert.

In the end it was good news, as the five-year-old boy at the centre of the Amber Alert was found safe nearly 300 kilometres from where he and his mom were last seen. 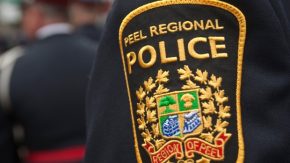 Peel Regional Police say the child was last seen in Mississauga on Wednesday, and he was found in Tilbury, near Windsor, Thursday evening.

And officers say he was found as a direct result of the Amber Alert.

The Amber Alert was issued after the boy’s father reported him missing at around 9:30 Thursday morning, after his mother failed to return home with him on Wednesday.

Police say the father and the mother are married and live together at an address in Mississauga with the young boy. Circumstances around the case are still being investigated.