The film world is mourning the passing of the studio executive who brought James Bond and the Beatles to the silver screen. 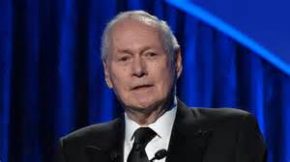 David Picker served as the head of United Artists, Paramount and Columbia for more than half a century and is credited with convincing Ian Fleming that Bond could make the leap from the page to the cinema.

His other extensive movie credits include “Midnight Cowboy” and “Tom Jones.”

Picker had colon cancer. He was 87.