We are learning more about the governing Progressive Conservatives’ plans to upload Toronto’s subway network to the province. 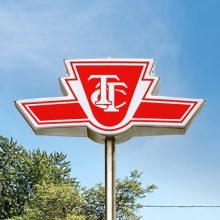 Posted to the City of Toronto website are documents which propose “alterations” for the Scarborough subway extension, Yonge North Subway Extension, Eglinton West extension, as well as the downtown relief line.

The letters also state that the city’s preliminary costs for the relief line and the Scarborough subway extension have “significantly increased to nearly double or greater than the figures released publicly.”

For Eglinton West, city council and the TTC are building a surface level extension of the Crosstown LRT, while the Ford PCs want a large portion of the extension to be built underground.

For Yonge Street, the province wants this work sped up in tandem with the relief line. And for the relief line, the PCs want to use different technology for the project, while the TTC plans to use existing technology and traditional delivery methods.

Mayor John Tory says his main concern is delays caused by the province interfering with transit plans in the city.

Meetings continue between representatives with the City of Toronto and Government of Ontario, with the next one likely to take place during the first week of April.