A civil trial is set to begin this week for two doctors accused of ignoring an elderly man’s wishes to stay alive and allegedly imposing a “do not resuscitate” order without consulting him or his substitute decision-maker. 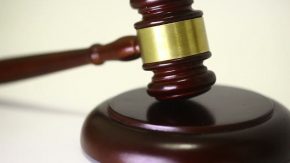 The $2.2-million suit against Dr. Donald Livingston and Dr. Martin Chapman accuses the physicians of negligence or malpractice in the death of Second World War veteran Douglas DeGuerre.

It alleges the doctors changed DeGuerre’s status from “full code” meaning make all reasonable efforts to keep the patient alive to “do not resuscitate,” without asking DeGuerre or consulting Wawrzyniak, who was tasked with making decisions on his behalf.

Lawyers representing Livingston and Chapman did not comment on the upcoming civil trial, which is set to start Monday.

Wawrzyniak’s attorneys said the case is significant as it can warn physicians they have no right to “play God.”