The man who was behind the wheel of the truck that crashed into the Humboldt Bronco’s bus last April, killing 16 and injuring 13 others has been sentenced to 8 years in prison. 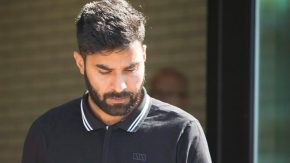 Handing down her sentence, Judge Inez Cardinal told the Melfort, Saskatchewan courtroom that she had taken Sidhu’s remorse and guilty plea into account but that she had to consider the number of people killed and severely injured as a result of the incident.

The Crown, who had pushed for a 10 year sentence have said that they are happy with the sentence but speaking outside the courtroom, Crown Prosecutor Thomas Healy said  ”we recognize that there is no sentence that can return any of the victims, or their families to where they were before this criminal act took place.”

30-year-old Sidhu was taken into custody immediately and it’s expected he will face deportation once he has completed his sentence.