The arts scene in New York is set benefit to the tune of near 3 million dollars from the proceeds of the ‘s new admissions policy. 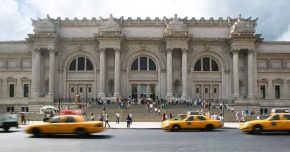 The New York Times reports that the Met was allowed to change its pay-what-you-wish policy of 48 years in 2018, to now require visitors from outside New York state to pay $25.

The policy change was approved by the city, which owns the building, and the museum agreed to turn over 30 per cent of its increased admissions revenue in return.

City Officials say $2.8 million dollars of the money generated as a result of the change will be put towards boosting 175 cultural organizations city-wide including The Bronx Museum of the Arts and El Museo del Barrio.