Milan’s famed La Scala opera house has said thanks but no thanks, to an injection of $17 million over five years, in return for a seat on La Scala’s board of directors for Saudi Arabia’s culture minister. 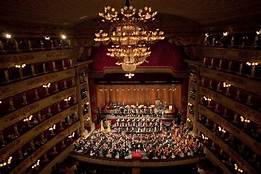 Critics had argued that one of Italy’s most venerable cultural institutions should not be taking money from a repressive regime responsible for human rights abuses and which is implicated in the murder of journalist Jamal Khashoggi in Istanbul last year.

The rejected deal had included plans to open a music and dance conservatory in Saudi Arabia, managed by La Scala’s academy.

Offers of largesse from other countries would apparently be a different matter. Italy’s deputy prime minister says if, for instance, the Swiss want to invest in the opera, there would be no problem.