The Premier has responded to allegations that a PC legislator was kicked out of caucus for raising concerns about possible ”illegal and unregistered” lobbying by Ford’s friends and advisers, calling them an ”outrageous lie.” 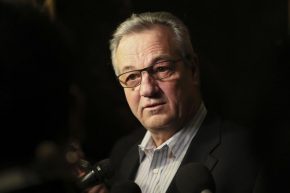 Randy Hillier was kicked out on Friday with the party claiming he was unwilling to be a team player.

In an open letter made public earlier today, Hillier refuted this, saying he was ousted after pushing back against party operatives constraining the voices of elected politicians.

Ford spokesman Simon Jefferies says the allegations leveled by Hillier are false and that Hillier did not raise his concerns with the premier and instead launched a public campaign to lobby for his return to caucus.