As the people of New Zealand mourn those killed in Friday’s mosque shootings, lawmakers there are debating changes to that country’s gun laws.

“I intend to give further detail of these decisions to the media and public before cabinet meets again next Monday,” Ardern explained, “This ultimately means that within ten days of this horrific act of terrorism we will have announced reforms which will I believe make our community safer.”

Ardern has also announced an inquiry into the country’s intelligence services. 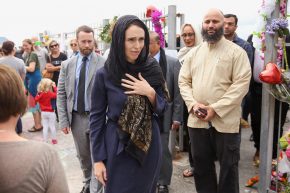 Counsellors and trauma specialists were to be in attendance when classes resumed at one school in Christchurch.

Two of the school’s students are presumed dead, and a third is in the hospital with gunshot wounds suffered during the attack.

An Australian man has been charged with murder in the attacks at two Christchurch mosques.