The Czech singer, known as the Ella Fitzgerald of Gypsy music and the Queen of Romany has died at the age of 64. 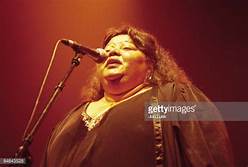 In a Facebook post, a member of her band confirmed that Vera Bila died yesterday of  a heart attack.

She was known for her trademark fusion of Gypsy music laced with Latin, jazz and pop influences.  Her albums were released across Europe, in Israel and North America.  She was revered in France and was supposedly offered resident status in Canada.

In recent years, Bila’s career suffered setbacks due to health issues and a gambling problem. She was planning a comeback tour to start Friday.