What do you think about the idea of banning cellphones in classrooms? 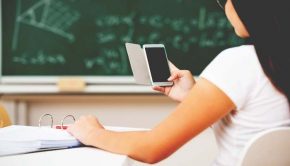 We are learning the Ford Progressive Conservatives at Queen’s Park are set to make that announcement this week; a ban that would take effect in the coming school year.

Some schools principals already have similar policies, but this would be a province-wide directive for all publicly funded schools. It would prohibit cellphone use during instructional time, but enforcement of the ban would be up to individual boards and schools.

The Progressive Conservatives had proposed such a ban in their platform during last year’s spring election campaign.

There apparently would be exceptions made for when teachers want to use cellphones as part of their lesson, for medical reasons and students with special needs.