SEVERITY OF SNC ALLEGATIONS ALONG WITH JOB LOSSES LIKELY WHY SETTLEMENT DENIED: QUALTROUGH

A key player in the Trudeau government’s handling of the SNC Lavalin file says the seriousness of the criminal allegations against the engineering giant likely explains why federal prosecutors did not cut an out of court settlement with the Montreal based company. 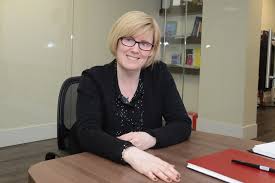 Procurement Minister Carla Qualtrough says this is also likely why the former attorney general Jody Wilson-Raybould refused to intervene on the file.

But Qualtrough also says there remains a case for a deferred prosecution agreement with SNC Lavalin.

“History would tell you that when corporations are convicted, jobs are lost, sometimes companies go bankrupt, sometimes their headquarters leave the country, so the potential of job loss is a significant factor. You know what, can we tell you the precise number? No. But we can tell you that jobs are in jeopardy and that’s enough to warrant consideration.”

In such a negotiated settlement, a company admits wrong doing and pays a fine but avoids a trial and conviction.

Wilson-Raybould has testified to the Commons Justice Committee that she was pressured by staff in the Prime Minister’s Office, along with the prime minister himself, to negotiate a settlement in SNC’s bribary case.

Opposition MPs have called for an emergency session of the justice committee on Wednesday and Wilson-Raybould has previously said she would be willing to return to provide additional testimony.