CANADA'S AMBASSADOR TO U.S. BROUGHT IN TO ADVISE TRUDEAU ON SNC LAVALIN CONTROVERSY

The prime minister has reached out to Canada’s ambassador to the U.S. for political advice as the SNC Lavalin controversy deepens. 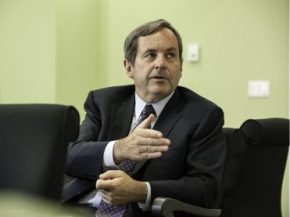 David MacNaughton is an experienced political negotiator who chaired the Liberal election campaign in 2015, and was reportedly brought into the Prime Minister’s Office Tuesday.

Butts is expected to try to counter last week’s testimony from former attorney general Jody Wilson-Raybould that he was among a group in the PMO trying to pressure her to negotiate an out of court settlement in the corruption and fraud prosecution of SNC Lavalin.

In addition to Butts, testimony is also expected Wednesday from top public servant Michael Wernick and the Deputy Minister of Justice Nathalie Drouin.

Trudeau spokesperson Cameron Ahmad says after the hearing, the Prime Minister and his team will reflect on “next steps.”

Those could include a statement from Trudeau – possibly as early as tonight, but more likely within days – offering his most comprehensive account yet of how the government handled the SNC Lavalin matter and why.