One of Canada’s favourite comedic actors has been forced to drop out of an upcoming Broadway production after breaking four ribs in rehearsal. 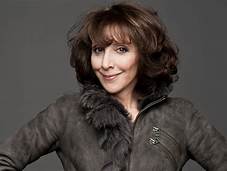 Andrea Martin was to have starred with Nathan Lane in “Gary: A Sequel to Titus Andronicus”.

The 72 year old was born in Maine, but has spent most of her professional career in Toronto and cut her comedic chops in the Toronto production of Second City Television.

The play “Gary” was to have opened in previews tonight. That has been bumped back to a matinee Saturday afternoon. The play is set to open at the Booth Theatre April 11th.