The first 25 retail cannabis licenses in a provincial lottery could be announced as early as Friday. 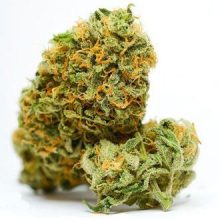 Those seeking to open a legal marijuana store in the province had from Monday to early afternoon Wednesday to submit an expression of interest.

The province’s retail cannabis outlets will be regulated by the Alcohol and Gaming Commission of Ontario.

Those selected through the lottery will have five business days to turn in their application along with a $6000 non-refundable fee and a $50,000 letter of credit.

The licences are being divided regionally, with five going to eastern Ontario, seven in the west, two in the north, six in the Greater Toronto Area and five in the City of Toronto.

Recreational cannabis can currently only be purchased legally in Ontario through a government-run website, with the first private stores set to open April 1st.