We are learning that thirteen Canadians have been detained in China since the arrest of Huawei CFO Meng Wanzhou.

There are multiple published reports this morning quoting a Global Affairs Canada spokesperson confirming the number and saying that at least 8 of the 13 have been released. 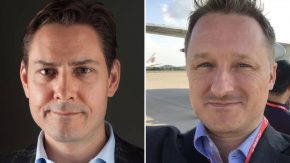 Previously, only Michael Kovrig, Michael Spavor and Sarah McIver were publicly known to have been detained in China since Meng’s arrest in Vancouver on December 1st.

They were taken into custody after China promised retaliation against Canada. The identities of the other 10 have not been released by Global Affairs Canada.

Meantime, a group of six MPs and senators is staying with a plan to head to China this weekend, and at least one member of the delegation says they will be raising the issue of the nearly month-long detention of both Michael Kovrig and Michael Spavor.

Conservative MP Michael Cooper says they will engage will Chinese officials in as constructive a way as possible, with the obvious objective of seeing these two Canadians returned safely and as soon as possible.

But a Chinese government spokesperson says it is not “convenient” right now to discuss their alleged infractions.