Mandatory alcohol screening is now in effect across the country.

“The provisions that have changed today is that officers can now demand a roadside breath test for anybody they stop lawfully for any reason,” explained OPP Sergeant Kerry Schmidt on Tuesday. 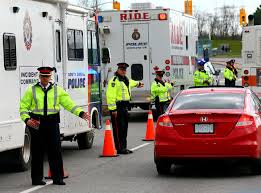 The federal legislation is designed to reduce injuries and death from impaired driving, by helping police catch motorists with more than the legal limit of alcohol in their bloodstreams.

“One of the great case studies is Ireland. In 2006, they had 18,000 impaired driving charges in a year. They implemented this mandatory breath testing and by 2015, it dropped to 7000 charges, so the real key to this is the deterrent piece of it. The messaging is that you cannot get away with this now,” Thomson explained.

But legal challenges are expected. Justice Minister Jody Wilson-Raybould has said she’s sure this legislation will pass the test.