An All-American football player, who turned actor after a stint in the NFL, has died after a long illness. 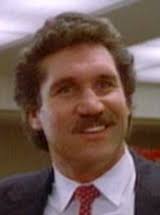 Tim Rossovich, starred at USC and then the NFL with Philadelphia, San Diego and Houston before making a name for himself as a stuntman and actor.

Rossovich’s TV credits included just about every hit series of the 1970s and 80s including “MacGyver,” “Hunter,” “Baywatch,” The Love Boat,” “Charlie’s Angels,” “Remington Steele,” and “The A-Team.”