There has been a dramatic and disturbing increase in the number of senior citizens using food banks in this province. 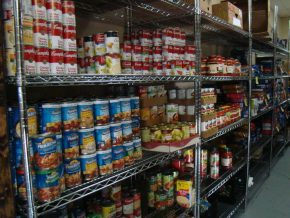 The 2018 Hunger Report has been released today by the Ontario Association of Food Banks. It reveals that more than 501,590 individuals turned to a food bank last year alone.

And while the number of people who went to food banks in 2017 is only marginally higher than in 2016, the report finds a staggering 10-percent increase in the number of people 65 and older who required emergency food and support. It’s a growth rate nearly three times more than that of Ontario’s senior population.

One of the most significant contributing factors to this emerging trend is the rising cost of housing and the challenges related to trying to balance this expense while living on a fixed income. The report also finds that the value of government transfers to seniors has remained stagnant while the cost of living has continued to rise.

Provincially, the Ontario Association of Food Banks is calling on the Government of Ontario to implement policies that address the root causes of hunger, including investments in affordable housing and the commitments outlined in the National Housing Strategy.

The Ontario Association of Food Banks is also calling on the Government of Canada to improve the support available to Canadian seniors by removing the barriers that make accessing each benefit difficult or impossible for those that need it most. Further, the Ontario Association of Food Banks recommends that the Government of Canada assume oversight of Ontario’s Basic Income Pilot as a possible evidence-based solution to poverty and trends related to a changing workforce.

To download a full copy of the 2018 Hunger Report, or to find out more about food banks in Ontario, click here.