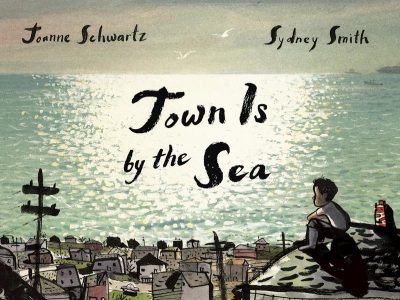 A tale about a young boy growing up in mid-century Cape Breton – has won the $50,000 TD Canadian Children’s Literature Award.

Town Is by the Sea, written by Toronto’s Joanne Schwartz and illustrated by Toronto’s Sydney Smith – was named the big winner at a gala in Toronto on Monday – and the book’s publisher, Groundwood Books, received $2,500 for promotional purposes.

An additional $10,000 was shared among four finalists; Dragonfly Song, written by Wendy Orr for Pajama Press; Picture the Sky, written and illustrated by Barbara Reid for North Winds Press/Scholastic Canada; Speaking Our Truth; A Journey of Reconciliation, written by Monique Gray Smith for Orca Book Publishers); and When the Moon Comes, written by Paul Harbridge and illustrated by Matt James for Tundra Books.

Reid also took home the $5,000 fan choice award after getting more than 17,000 online votes for Picture the Sky.

-the $20,000 Marilyn Baillie Picture Book Award for When the Moon Comes, written by Paul Harbridge and illustrated by Matt James (Tundra Books);

-the $5,000 Geoffrey Bilson Award for Historical Fiction for Young People for The Assassin’s Curse by Kevin Sands (Aladdin);