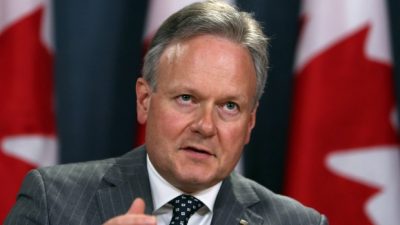 The Governor of  the Bank of Canada, Stephen Poloz – wants Canadians to get used to the idea of three per cent interest rates – as a new normal.

Poloz raised the benchmark rate last week – for the fifth time in just over a year – to 1.75 per cent – and sent signals that future hikes could arrive sooner than previously expected.

Testifying before M-Ps in Ottawa, Poloz said many adults are used to the lower rates – and are too young to remember the much-higher rates of the 1980s, when they climbed into the teens.