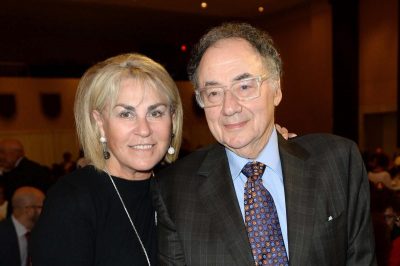 A $10 million dollar reward is being offered – for information leading to the solving of the murders of billionaire couple Barry and Honey Sherman – in Toronto last December.

The Sherman family says they’re offering the reward – because of what they say are major shortcomings in the police investigation.

A lawyer for the family says a private investigation has found that police failed to collect sufficient fingerprint and DNA evidence – after the couple’s bodies were found in their mansion.

Brian Greenspan says the family is trying to light a fire under police – who he says at first indicated they were not looking for suspects in the Shermans’ deaths – implying that the couple died either by suicide or murder-suicide.

Late this afternoon Toronto Police Chief Mark Saunders responded, saying “We all have the same objective. At the end of the day we want to bring those people responsible for this before the judicial system. We will continue to make every effort to move towards that.”