SOME ONTARIO MUNICIPAL ELECTIONS CONTINUE THROUGH TUESDAY BECAUSE OF TECHNICAL GLITCHES

It’s Groundhog Day in some Ontario municipalities where voters can still cast ballots today, after technical difficulties forced at least a dozen municipalities on Monday to extend voting in their local elections. 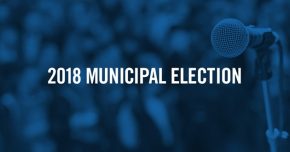 In a statement, Dominion Voting Systems, a company that provides tabulation systems in Canada and the U.S., says that 51 municipalities were impacted by a glitch that stalled online voting for at least 90 minutes.

While many impacted communities kept polls open for one or two extra hours, several opted to declare emergencies under the Municipal Elections Act and extend voting for a full day.

Some of those areas include Grey and Bruce Counties, Muskoka, Bradford West Gwillimbury, Waterloo, Sudbury and 5 others in eastern Ontario.

The rest of Ontario’s 417 municipal races went off on Monday without any technical issues.