FINAL PUSH IS ON FOR VOTES IN MUNICIPAL ELECTION CAMPAIGNS

With voting day on Monday October 22nd, this is the final weekend of campaigning for municipal election candidates across the province.

Here in Toronto, fresh opinion polls are indicating close councillor races in some areas, not so close in others. 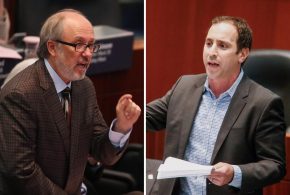 According to Forum Research, Josh Matlow has the edge on Joe Mihevc as the incumbents face off in Ward 12 Toronto-St Paul’s, despite Mayor John Tory’s endorsement of Mihevc.

Matlow leads among decided and leaning voters, with 49 precent to Mihevc’s 43 percent support.