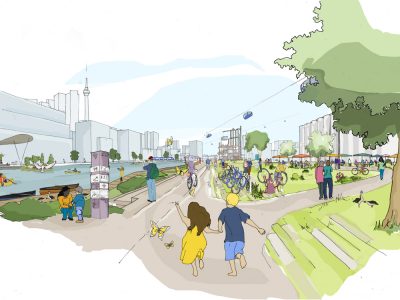 The head of a company behind a proposal for a high-tech Toronto community – is brushing off privacy concerns associated with the project.

Dan Doctoroff, the chief executive officer of Sidewalk Labs – says he hoped that concerns had been resolved – after his organization released its privacy proposal for the smart-city Quayside development – it’s working on with Waterfront Toronto.

Doctoroff’s company and the project have been dogged with questions around privacy, ownership of intellectual property and data use and protection.

The plans show Sidewalk Labs does not intend to own the data it gathers in public spaces – and instead will hand it over to an independent organization – called the Civic Data Trust.