Ontario hospitals are about to receive a $90-million cash infusion from the Doug Ford Progressive Conservatives to help prevent patients from having to be treated in hospital hallways during the busy flu season.

Health Minister Christine Elliot revealed details to health care stakeholders at a meeting on Tuesday, with an official announcement expected today over the noon hour. 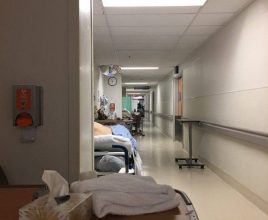 The funding will begin to make good on a campaign promise from Premier Doug Ford to end hallway medicine.