CARP CELEBRATES INTERNATIONAL SENIORS DAY WITH ALL 3 LEVELS OF GOVERNMENT

Monday October 1st is International Seniors Day – an annual day to recognize the contributions to society by older people. 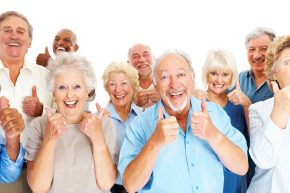 The annual day of recognition for the contributions of older people began in 1990, as named by the U.N. General Assembly.

And It’s a day promoted by the Zoomers advocacy group CARP – A New Vision of Aging which has received the attention of politicians from all 3 levels of government.

The ZoomerPlex in Toronto’s Liberty Village is playing host to a special event Monday morning, which will bring together a panel of experts including the Federal Seniors Minister Filomena Tassi. That takes place between 9:40 and 11am and will be live streamed.

Then at 12:30 Monday afternoon, a special CARP sponsored event is taking place downtown, and will welcome both the Provincial Health Minister Christine Elliot and Toronto Mayor John Tory. This takes place at the Richmond-Adelaide Centre at 130 Adelaide hosted by Jane Brown.