One of the most famous hats in movie history has been auctioned off in London for more than half a million dollars. 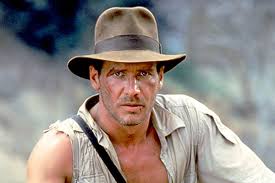 Indiana Jones’s signature fedora was just one item on the block at an auction of rare memorabilia from some of the most iconic movies of the past 40 years.

However, not everything went as planned.  The sleek jacket worn by the lovable scoundrel Han Solo in “The Empire Strikes Back” failed to clear the $665,000 reserve and went unsold.

More than 600 costumes and props from much-adored films and television series were up for grabs.