FEDELI WON'T SAY NO TO A WATERFRONT CASINO, BUT NOT A PRIORITY

Ontario’s Finance Minister says the provincial government is open to having a casino in downtown Toronto, but Vic Fedeli says any decision will be made in consultation with the City of Toronto as part of a larger waterfront redevelopment.

Fedeli’s comments are the first public signal that the Doug Ford Progressive Conservatives would consider a gambling complex as part of a plan to revitalize Ontario Place.

But PC government house leader Todd Smith is less enthusiastic about the idea, “saying that’s not something that we discussed in cabinet or as a caucus yet.”

Mayor John Tory has reiterated his opposition to a casino in the city’s core.

“We have lots of gambling elsewhere in the city. I think when it comes to prime waterfront land and great world cities, those two things and downtown casinos don’t mix.”

A previous Toronto City Council also rejected the idea in 2013. 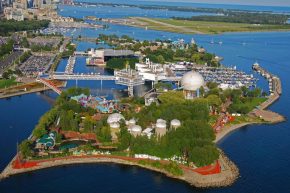 Political strategist Aleem Kanji told Zoomer Radio’s Fight Back with Libby Znaimer, what he’s hearing at Queens Park is a priority for a revitalized Ontario Place.

“Making it that year round destination, making sure that it is a hub for jobs and for tourists, but without a casino at this point in time,” Kanji explained.

The conversation about a possible casino for downtown Toronto was prompted by a Globe and Mail report on Thursday, pointing out that Premier Doug Ford, when he was a city councillor, supported a waterfront casino.