A former editor at the New York Review of Books says he stands by his decision to publish a controversial essay written by disgraced former radio host Jian Ghomeshi. 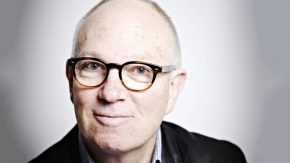 Ian Buruma has told a Dutch magazine, that it is ironic that he is no longer at his job after publishing a theme issue about MeToo offenders who had been convicted on social media, but not in court.

Buruma says he was not fired from the prestigious literary magazine, but felt forced to resign after it became clear that university publishers who advertise in the Review of Books were threatening a boycott.

Last week, the magazine published Ghomeshi’s essay, titled Reflections from a Hashtag, where he wrote he had “deep remorse” for the way he treated people, but said the accusations from the women were inaccurate.

The essay sparked an online backlash with many saying the former CBC radio host should not have been given such a prestigious platform to write an unchallenged first-person piece.

Ghomeshi was acquitted in March 2016 of four counts of sexual assault and one count of choking involving three women and later signed a peace bond after apologizing to a fourth woman that saw another count of sexual assault withdrawn.