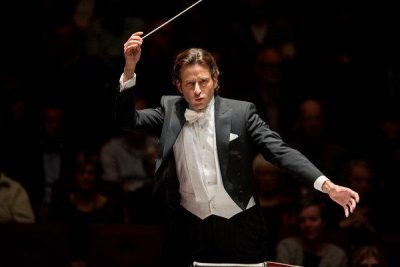 It’s a thrilling day for The Toronto Symphony Orchestra.

After a long and exhaustive search the TSO has announced that Spanish conductor Gustavo Gimeno will become the orchestra’s 11th Music Director – beginning in the 2020 / 21 season. He succeeds Peter Oundjian – who has been named Conductor Emeritus – and Sir Andrew Davis continues as Interim Artistic Director – until the end of the 2019/ 20 season.

Gimeno was a guest-conductor in February of this year and says “from the very first encounter, I connected with the orchestra’s sound, their cultivated playing and flexibility, and immediately felt at home, both musically and personally.”

Maestro Gimeno’s five-year contract with the TSO begins in the 2020/21 season.