DOUG FORD PC's LOSE ONE LEGAL FIGHT AS ANOTHER ONE BEGINS

It’s a legal setback for the Doug Ford PC’s at Queen’s Park.

An Ontario judge has quashed a government plan to immediately end rebates for buyers of Tesla electric vehicles.

Justice Frederick Myers has ruled that Tesla Motors Canada was not treated fairly when the Tories scrapped the subsidies last month. 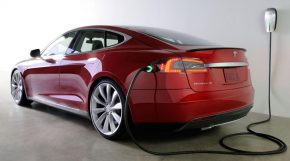 Some 600 Ontario Tesla customers were affected by the Tories policy change. It’s not immediately clear if Tesla owners would now receive the rebates of up to 14-thousand dollars each.

The Ford PC’s are also facing another legal battle. Four residents of Lindsay, Ontario have launched a proposed class action lawsuit over the cancellation of the basic income pilot project.

Under the program launched by the former Liberal government, more than 4000 people in Lindsay, Hamilton-Brant and Thunder Bay were given a basic income of up to $17,000 a year, $24,000 for couples.

Two of the residents launching the suit say they’d made plans to improve their lives when they signed up for the pilot in April of last year and expected it to run its three year term.

In cancelling the program, Social Services Minister Lisa Macleod said the government plans to do more to integrate recipients back into the workforce.