An actress who started out in Second City and then delivered the most famous scene in the movie “Nashville” has died of lung cancer at the age of 83. 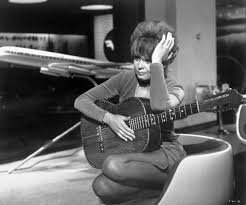 Zoomers will remember Barbara Harris for her performance of “`It Don’t Worry Me” in front of a shell-shocked crowd after the violent climax to Robert Altman’s 1975 classic “Nashville.”

Harris was among the performers in the first cast of Chicago’s Second City, was a Broadway star in the 1960s winning a Tony for “The Apple Tree,” directed by Mike Nichols and also starred in the original version of “Freaky Friday.”