RARE BIRD GETS MORE SPACE TO ROAM IN ONTARIO 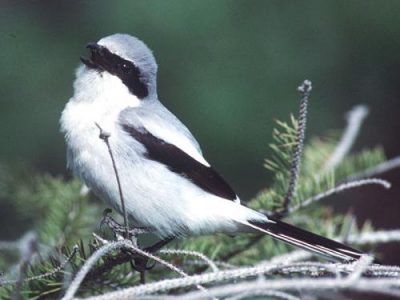 A conservation area in eastern Ontario is being expanded to help protect an endangered songbird – which is rarer than the panda.

Last year, biologists saw five young shrikes fledging from their nest on the property – which is part of the longest-occupied Eastern Loggerhead Shrike nesting area – in the Napanee Plain.

The NCC says the Shrike is one of the fastest-declining bird species in North America and is an example of an “area-sensitive species.”

The rare bird requires large areas of open terrain before it is comfortable enough to nest – and there are few protected nesting areas remaining.

It’s believed there are less than 30 breeding pairs remaining in the wild – in all of North America.