It seems messing with your natural biological rhythms does matter.

Researchers already know that changes, like working a night shift, can lead to increased risk of cancer. 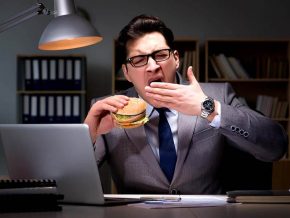 Now, a new study in Spain is showing that when we eat dinner may have an adverse effect as well.

Scientists found that the lowest risk came when people ate before 9pm, but for those who ate after 10pm, the study saw an increased chance of developing cancer.

There also appeared to be a relationship between eating less than two hours before going to bed.

Researchers say dinner before 9pm and waiting two hours before bed, plus the usual anti-cancer prevention recommendations decrease the risk.

You can read about the study in the International Journal of Cancer.