Prime Minister Trudeau says Canada WILL increase its defense spending by 70 per cent over the next decade, reversing years of declining spending by most NATO Countries. 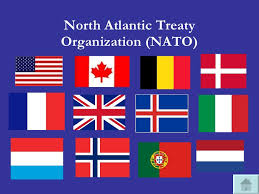 At a news conference wrapping up the NATO Summit in Brussels this morning Trudeau outlined Canada’s continued commitment to the 70-year old alliance.

At an earlier news conference, U.S. President Donald Trump said he’d secured an agreement for NATO Countries to increase defense spending to 2% of GDP, not the 4 % he’d been demanding.

But, French President Emmanuel Macron is denying Trump’s claims. Macron says the communique only confirms the previous goal of two per cent by 2024.  He also denies Trump’s claims that he had threatened to pull the U-S out of NATO.

Trudeau said that while Canada is increasing defense spending, the increase does not represent 2 % of Canada’s GDP.