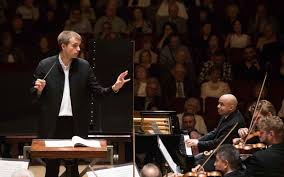 Petrenko will be the orchestra’s music director, a broad role that incorporates Dutoit’s former position.

Dutoit, who is 81, was facing multiple allegations of sexual assault. His departure had been scheduled for October 2019, but it was brought forward after The Associated Press reported that three opera singers and a classical musician had accused him of sexually assault between 1985 and 2010.

Similar allegations were made by Canadian musicians while Dutoit conducted the Montreal Symphony Orchestra in 2002.