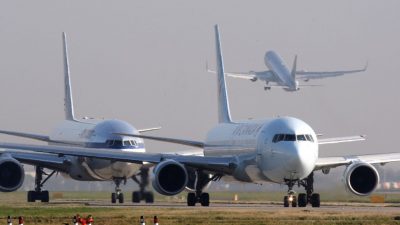 The British Parliament has given a thumbs-up to plans to make Europe’s biggest airport even bigger – backing what the government has described as – “the most important transportation decision in a generation.”

The House of Commons voted 415-119 late Monday to clear the way to build a third runway at Heathrow Airport – after hours of debate on the $18.6 billion project.

The decision follows decades of study and argument over how to expand airport capacity in southeastern England.

Prime Minister Theresa May believes the project will boost economic growth – while signalling the country’s commitment to expand international trade and transport links – as it prepares to leave the European Union.

Neighbors and environmentalists object because of concerns about pollution and noise – and the communities that will be destroyed in the process.