The tit for tat exchange of tariffs between Canada and the U.S. is likely to raise prices on a variety of consumer goods popular with both Canadians and Americans. 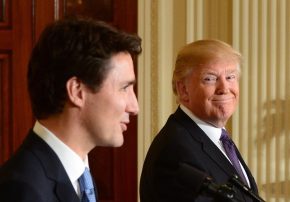 After it was announced on Thursday that U.S. President Donald Trump would impose steep tariffs on steel and aluminum on Canadian exports to the U.S., the Trudeau Liberals announced countermeasure tariffs would go into effect July 1st.

The United States is the destination for about 90 percent of Canada’s steel exports – more than $5-billion worth a year. Canada is the source of 17 percent of all steel the U.S. brings in from abroad.