Ontario’s front line nurses are calling on PC Leader Doug Ford to release a fully costed platform on health care and show how the Progressive Conservative Party would fund its health care commitments if elected to government. 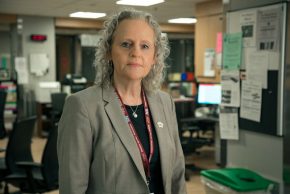 Ontario Nurses Association President Vicki McKenna has written an open letter to Ford, saying patients and nurses deserve to know the details of the PC’s proposals to find efficiencies in healthcare and to cut $6-billion dollars in government spending.

McKenna goes on to say Ontario nurses feel they can no longer stay silent about the PC Party’s lack of a full healthcare platform.

On Wednesday, the Doug Ford Tories updated their so called Plan for the People on their website, laying out the cost of their initiatives, but without explaining where the money would come from and what efficiencies Ford has promised to find. A Ford spokesperson confirms it is the party’s final plan.

Liberal Leader Kathleen Wynne claims that all of things Ford has promised would add up to a $40-billion hole. NDP Leader Andrea Horwath claims Ford is not being honest with Ontario voters.