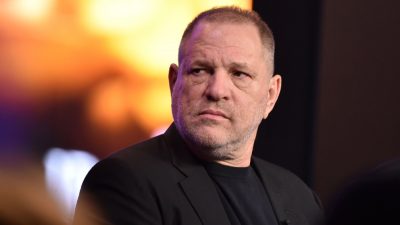 American law enforcement officials say Harvey Weinstein is expected to surrender to authorities Friday morning – to face criminal charges – in a lengthy investigation into allegations that he sexually assaulted women.

Officials said the criminal case involves allegations by Lucia Evans – a former actress who was among the first women to speak out about Weinstein.

The case would be the first criminal charge against the film producer – since scores of women began coming forward to accuse him of harassment or assault.

The precise charges Weinstein will face were not immediately clear.

Two officials spoke to The Associated Press on condition of anonymity – because they weren’t authorized to discuss the investigation.

A U.S. grand jury has been hearing evidence in the case for weeks.