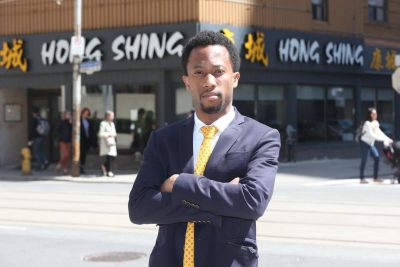 Ontario’s human rights tribunal has ordered a downtown Toronto restaurant to pay $10,000 to a black man for violating his rights – after the establishment asked him and three friends to pre-pay for their meal.

The tribunal heard that Emile Wickham – who identifies himself as an Afro-Caribbean – went to the Chinese restaurant with three black friends – early on May 3rd, 2014, to celebrate his birthday.

Wickham told the tribunal – that after the server took their orders, he and his friends were told that a restaurant policy was in effect – meaning they had to pay for their meals before receiving them, which they did.

He was unsettled by the request and asked other patrons if they had been asked to pre-pay as well.  Wickham told the tribunal that none of the patrons he spoke to – said they had been required to pay for their meals in advance.

In its ruling, the tribunal said the restaurant did not offer a credible non-discriminatory reason for its employees’ conduct – and found Wickham had been racially profiled.

The Hong Shing Chinese Restaurant was ordered to pay Wickham $10,000 as compensation for infringing his rights – and for the injury to his dignity, feelings and self-respect.