There could be a connection between opioid use and falls in older people.

A Canadian study of more than 67,000 patients over the age of 65 has found seniors who were admitted to hospital after falling are three times more likely to be taking opioids than those admitted for other injuries. 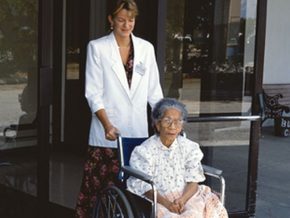 The research published in the Canadian Medical Association Journal looked at all patients at least 65 years of age who spent at least two days in 57 different Quebec hospitals between 2004 and 2014.