A complaint that Liberal Premier Kathleen Wynne is using taxpayer-supported government announcements to make political statements against her Progressive Conservative opponent is apparently being investigated by Elections Ontario.

Former PC MPP Frank Klees claims that the Liberals have held 39 campaign style announcement’s on the taxpayer’s dime over the past three weeks, at a cost of $292,500. 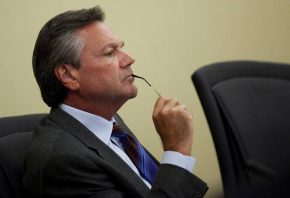 “The premier is staging herself to make political statements to attack her political opponents and I would think that a government announcement would be above board, would refrain from partisan rhetoric,” Klees explained.

Klees points specifically to Wynne’s announcement on hospital funding on April 18th, when after taking questions from reporters she read from a prepared letter to denounce Doug Ford after the PC leader suggested the day before that she should be in jail for her shady practices.

Klees says the party complained to Elections Ontario and heard back on Friday the agency is looking into the claim.

An Elections Ontario spokesperson says “the agency does not comment on complaints it receives or whether or not it is investigating a matter.”

The provincial election is June 7th.