Toronto Police are calling it a case of elder abuse.

A 51 year old Toronto man is facing charges of criminal negligence causing bodily harm and failure to provide the necessities of life for his elderly father. 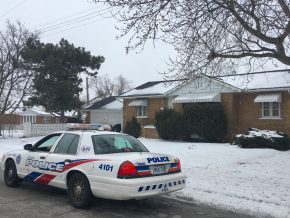 An 85 year old man was found crumpled on the bedroom floor of his Scarborough home last week.

Investigators say his son, the older man’s only care giver, knowingly left his father on the floor for 5 days without food or water.

The father remains in hospital on life support.

Elder abuse continues to be a major issue for CARP, A New Vision of Aging. Part of the mandate of the Zoomer advocacy group is to push for stiffer penalties for those guilty of abusing elderly people in their care.